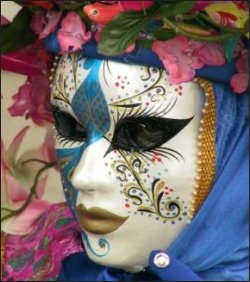 The word carnival comes from the Latin "carnem levare" (=eliminate meat) and originally indicated the banquet that was held on the last day of Carnival (Mardi Gras), immediately before Lent, the period of fasting and abstinence when Christians would abstain from meat. The first evidence of the use of the word "carnevale" (or "carnevalo") are the texts of minstrel Matazone da Caligano of the late 13th century and writer Giovanni Sercambi around 1400.

In Catholic countries, traditionally Carnival begins on the Septuagesima Sunday (70 days to Easter, it was the first of the nine Sundays before the Holy Week in the Gregorian calendar), and in the Roman rite ends on the Tuesday before Ash Wednesday, which marks the beginning of Lent. The climax is usually from Thursday until Tuesday, the last day of Carnival. Being connected with Easter which is a moveable feast, the final dates of Carnival vary each year, though in some places it may begin already on 17thJanuary. Since Catholic Easter is on the Sunday after the first full moon of spring, therefore from 22 March to 25 April, and since there are 46 days between Ash Wednesday and Easter, then in non-leap years the last day of Carnival, Mardi Gras, can fall any time within February 3 to March 9.

In the Ambrosian rite, which is followed in the Archdiocese of Milan and in some neighboring dioceses, Lent begins with the first Sunday of Lent, therefore the last day of Carnival is on Saturday, four days later than the Mardi Gras in other areas of Italy. 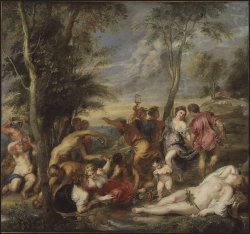 The most famous carnivals in Italy, some of them with century-old traditions, attract large amount of visitors and tourists every year from all over. Just to mention some:

Although present in the Catholic tradition, Carnival has its origins in much older celebrations, such as the Greek Dionysian festivals ("Anthesteria") or the Roman "Saturnalia". During these ancient rites a temporary dissolution of the social obligations and hierarchies took place in favor of chaos, jokes and even debauchery. From a historical and religious point of view Carnival represented, therefore, a period of renewal, when chaos replaced the established order, but once festive period was over, a new or the old order re-emerged for another cycle until the next carnival.

In Babylon, shortly after the vernal equinox the process of the foundation of the cosmos was re-enacted, described with the myth of the struggle of Marduk, the savior-god with Tiamat the dragon, which ended with the victory of the former. During these ceremonies a procession was held in which the forces of chaos were allegorically represented fighting the recreation of the universe, that is the myth of the death and resurrection of Marduk, the savior. In the parade there was a ship on wheels where the deities Moon and Sun were carried along a large avenue - a symbol of the Zodiac - to the sanctuary of Babylon, symbol of the earth. This period was accompanied by an unbridled freedom and a reversal of social order and morality.

In the Roman world the feast in honor of the Egyptian goddess Isis involved the presence of masked groups, as told by Lucius Apuleius in the Metamorphoses (Book XI). Among the Romans the end of the old year was represented by a man covered with goat skins, carried in procession, hit with sticks and called Mamurius Veturius.

Carnival is therefore a moment in a mythic cycle, it is the movement of spirits between heaven, earth and the underworld. In the spring, when the earth begins to show its power, Carnival opens a passage between the earth and the underworld, whose souls must be honored and for a short period the living lend them their bodies wearing masks. Masks therefore have often an apotropaic meaning, as the wearer takes on the features of the spirit represented.

In the 15th and 16th centuries, the Medici in Florence organized large masked carts called "Trionfi" accompanied by carnival songs and dances one, the "Trionfo di Bacco e Arianna" also written by Lorenzo the Magnificent. In Rome under the Popes horse races took place and a called the "race of moccoletti" where runners bearing lit candles tried to blow out each other's candles. 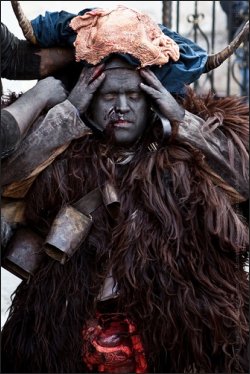