Situated along the Ionian coast of the region near the Calabrian border, the small commune consists of Nova Siri Paese, the ancient settlement on the hills in the hinterland, and Nova Siri Marina, along the sea, with large sandy beaches and pinewoods. The town had a number of names in the centuries, among them "Castum boletum", "Boleto", "Veleta", "Bollita".

The area was the seat of a colony founded by refugees from Troy around the 8th century BC and then conquered by the Greeks of Rosin in the latter half of the 5th century BC. Named Siritides after the river Siri (current Sinni), the colony stretched from the Ferro River to the left bank of the Basento. The capital Siris was located at the mouth of the Siri river.

The colony flourished thanks to the fertility of the land and industry of its people, arousing the envy of neighboring colonies Sibaris, Metapontum and Kroton which invaded Siritides and destroyed its capital. The refugees sought shelter on high ground nearby and a group of them settled on a hill of a necropolis.

Centuries later, the Romans called the settlement "Castrum boletum" and used it as a fortress. After the fall of the Empire, the town was under Byzantine influence, and was called "Kastrum".

The ancient name Boletum gave origin to the toponymic Bullite, which under the Anjou occupation was mentioned in 1269 as a fiefdom of Giovanni di Monforte, and was until 1816 part of the Calabria region. After the unity of Italy, in 1872 the name Bollita was changed into Nova Siri. 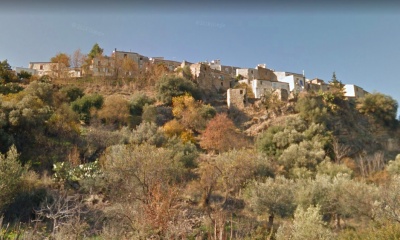 Surnames in the Provinces of Basilicata