More on the Guestbook and Forums

Posting Rules | Leave a Message for the Guestbook | Visit abruzzoforum

My greatgrandfather was FRANCO ANTONELLI, who was born on Fara Filiorum Petri and emigrated to Argentina in the 1900's. I am searching for information and, if possible, to contact relatives in Italy.
SALUDOS!
Manuel Gómez de Lima
Buenos Aires, Argentina

I have been trying to respond to your invitation to the
"Grand Opening Party" on Wed. , May 4, 2005, and cannot find the correct site. This is extremely exasperating!
Please forward this message to the proper site. Thank you.
Dan Lashen
Los Angeles, CA USA

My father Romolo Gatto was born in Treviso Italy in 1911, are there any Gattos' still in the town. If there are I would like to know.
william a gatto
lasalle, ont canada

In response to Mike Pikos of Boardman, Ohio re: Pikos family in the USA:

I know this is an old message you posted but I will post this response for others to learn from:

The Pikos family name was originally Koutellas, not Pikos. They are from Kalymnos, Greece. The name was changed for two reasons: to avoid mistaking one branch of the family with a branch that were thieves and "bad men" and to avoid forced conscription in the Turkish army, to which the family, as most Greeks, were opposed.

I have some updated family info on the Campbell, OH/Youngstown branch of the family, as well as those who emmigrated from Greece to Australia and elsewhere in the world.

My great grandfather, Vincenzo D'Antonio, traveled back to Naples during World War II, and he seems to have vanished at that point. He owned a business manufacturing macaroni. His son was Pasquale D'Antonio, and his wife was Concetta. No one in my family has been able to locate his death certificate through the Bishop, and church records.
I'd be interested in learning any information about him, or other members of his/my family.
Thank you.
Ellie D'Antonio
New York, New York U.S.A.

I am trying to start a family tree for my grandchildren. My grandfathers family came from Italy in the early 1900's my great grandfathers name was Giovanni (john) Dilullo. My great grandmothers name was Alesandra Zarlingo Dilullo. They had 9 boys and 1 girl. I was told they came from somewhere in Campobasso, Italy. My grandfathers name was Felix Antonio Dominic Dilullo. He was the third oldest in his family. I really would like to find out if I have any other relatives out there. If these names are in any of your family trees please let me know.
June Lewis
Lowellville, Ohio United States

I am looking for infromation on my grandparents that came from Roccavivara. My paternal grandfather's name was Gaetano Grimaldi immigrated to Bristol, Pa in 1901 at 14. His mother remained in Italy and remarred a man with the last name of Porfirio. My maternal grandparents were also from Roccavivara. My Grandfather's name was Vincent Boccardo and my grandmother's name was Theresa Guilano Boccardo they came to Bristol Pa around 1912 or 1913. I'd like to find out more about their parents and family in Italy
Elaine Mellen
Dedham, Ma USA

My grand father Giuseppe Ricci was born in Ateleta in 1886. He married Louisa Ricci in 1905 in Cumberland Wisc. I will be in Ateleta in May of 2005 and I am tring to contact any relitives (Ricci) currently living in te area. Help if possible..
Richard Barbari
West St. Paul, Minnesota USA

Hi, I live in Australia. My grandparents are from Holland. I have been trying to research my family history. My grandmothers family is proving to be a bit difficult. I can trace back to as far as 1840 where a Joseph Pisano married a Anna Elisa von Esfen. They had a daughter called Grada, who went on to marry a van den Hoogen. If anyone can help me locate a family tree or any information at all I would very much appreciate it. Looking forward to hearing from anyone. Thank You.
Kathryn Pries
Morayfield, QLD Australia

Do you have any information about Francesco Campese, born around 1880, in Barletta, Puglia, Italy? He was married twice, first wife’s name is unknown but they had a son named Giuseppe.
The second wife was (D’Aquino Adele maiden name) they lived in the historic part of Barletta and they had 6 children: Maria, Cosimo, Lucia, Antonio, Raffaelina & Cristina.
Any information will be greatly appreciated.
Marietta Campese
Melbourne, Victoria Australia

I also want to say that my mother's name was Angela Maria Dipietroantonio and I really need to get some more information on my grandfather and grandmother(Timperio) life in Sant Eufemia leading up to coming here. My Mother was born in Sant Eufemia in 1936 and came here in 1957. I was born in 1968 and she passed away when I was 10, and now I am in the process of writing a book and anyone with info on life in Sant Eufemia in the 1940's and 50's...I would love to hear from you. I tried responding to Gino DiNardo's email but I couldn't get the email to work.
I believe I know Gino, if anyone out there knows him, let him know I am trying to contact him. I will be going to Sant Eufemia in July this year!
Joanna DiMaio Dietz
Oswego, Il Usa

I am looking for any relatives on my Grandfather's side. His name was Alfonso Ascenzo born in 1878. His Parents were Nicola Ascenzo & Maria Trubiani. My Grandfather was from San Valentino. Trubiani is not a popular name in San Valentino but I notice ther were many from Torre de Passeri which is next to San Valentino.
Joe Ascenzo
Livingston, NJ USA

I am looking or people in the Spadoni family. We are trying to do a family tree and go as far back as we can. They came over in the 1800's, and lived in Sengalia? Any information would be great. My great grandparents were Andrew and Maria Spadoni. They lived in Pine BLuff Arkansas. Thanks!
JoyDeHart
Sheridan, AR USA

I would like to get more Information on family history or anything. Granfather is from Intradaqua, Italy.
Barb Carifa
Pickerington, Ohio United States

Daniele Napoleone
i dont have to much info on my family and would love to hear about it please contact me via email and we can see if we are the same family
Anthony Napoleone
Staten Island, New York US

Hello! Im looking for ANY information on the VERLINGO name. There are records of that name being in the Campobasso region but I am not certain. This is a VERY UNCOMMON last name. Any help any can offer would be appreciated. Grazie.
Kris Verlingo

My grand father Luigi Tantalo and my grandmother Concetta Gizzi came to Rochester when my mother Antoinette Tantalo was 5 years old from Villavallelonga, where can I find out where my grandfather and grandmother lived in Villavallelonga. It would make my 83 year old mother so happy, some day I would like to take my son and myself there to visit.
Marie
Rochester, New york United States

Hello, I am searching for any and all Racanos and Carbonettis! My grandfather was Dominick Joseph Racano, and his mother was named Eliasabetta Carbonetti. I think they were from just outside Rome. My great grandfather was named Joseph Racano. They moved to NYC in the early 20th century. My grandfather was born in NYC, in Harlem I think, and moved to the Bronx, where I am from. I have 2 other uncles named Joseph D. Racano as well. Any info would be greatly appreciated. Grazie mille!
Leighkaren Labay
Jersey City, NY US

Hello, my name is Helen, my paternal grandfather came from naples, Italy, his name was Carmernie Deritis, i believe 2 of his brothers came to England also one i know was call Alphonse. i would like to find relatives from that side of my family and information to research for my family tree.
Thankyou
Helen
united kingdom

hi,i am looking for anyone who knows louis michael colucci who comes from brooklyn ny. he was in england in 1943 and married an english girl called rose kathleen davies (otherwise ireton). they married in chelmsford england on the 4th september 1943.i have no idea if they went back to the usa or if they stayed in england,rose is my dads sister and iam trying to find her or anyone who has any information about their family.
mandy bromfield

It's a wonderful Web Site. My father, Luigi De Lellis Milza, was born in Giuliano Teatino. He came to Venezuela during the early fifties. I'm very close to the Abruzzo's traditions throughout my father's memories.Ciao, Regards
Luigi De Lellis
Caracas, Venezuela 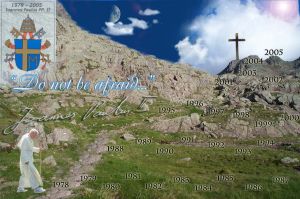 Hello, my name is Rebecca Marsicovetere and i would like to kno a little bit about my past,my great grandfather(Giovnni Marsicovetere) who lived in Marsicovetere,Italy.He was a shoemaker.He married Angelina Paluzza(not sure how to spell it)she was 6'2",her brothers sent her off to be married to him because their parents had died and they didnt want anything so do w/ her ,she was 15 when she left her husband to come to america (she was pregnant) in the late 1800's.He chased after her but they never got back together,she bcame a doctor and had my grandfather Francis Marsicovetere who married Mary Bove ,her parents were school teachers from Naples,they had 6 childeren and thats where my dad came from his name is John Micheal Antonio Marsicovetere,who married my mother Elizabeth Jane McDougal and they had my brother and I (Johnny and Rebecca).So that is my story and I hope someone out there can add to it if they know any of these people,grazie.Arrivederchi
Rebecca Marsicovetere
queensbury, new york america

Sir I changed my carrier and now have a new address ---- jplacentra at comcast-dot-net --- WHAT IS MY NEXT COURSE OF ACTION to notify all who may want to respond to my posted messages?
John Placentra
Franklinville, New Jersey United States