In a panoramic position overlooking the sea, Palazzo d'Avalos is located in Vasto, in the province of Chieti, and is almost a symbol of the city.
Among the most significant examples of Abruzzese Renaissance architecture, with its majestic appearance and its Neapolitan garden. Overlooking the sea, Palazzo d'Avalos dominates the landscape. It was for three centuries, until 1806, the residence of the Marquises of Vasto, seat of a true local court. It currently houses the Archaeological Museum, an Art gallery and the Costume Museum.
Versione Italiana ➩

Vasto, an ancient center of the Frentani originally called Histonium, was strengthened by the Romans and then destroyed by Silla. In the Middle Ages it came under the Lombards and then under the Franks, that razed it to the ground it in 802 AD.

It was reconstructed by the "gastaldo" (=governor) Aymone of Dordona from whose name Guasto d'Aymone (Wast meant "gastaldo" in the original language), subsequently changed in Vasto. During the XI century it became an Aleramic feud (the Aleramici were descendents of Aleramo, ancestor of the marquises of Monferrato) of Tete or Teottone, son of Aleramo. Later on, after the Angevin period, Vasto was under the Spanish family D'Avalos, who received the title of marquises of Vasto and built the splendid D'Avalos palace. 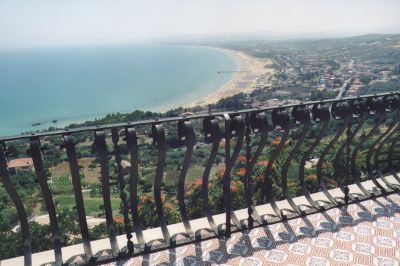 Situated in the Pudente square, it was built on the remains of a building of the 14th century. The original structure is still visible in a number of decorative details: a splendid double lancet window is a testimony. After the Angevin period that left deep traces in its structure, in 1427 the palace was made into a sumptuous residence by the Caldora. At the end of the 15th century Vasto came under the dominion of Innico II D'Avalos, who took the title of Lord of Vasto. The D'Avalos, family, of Spanish origin, introduced the magnificence of the Iberian court and erected a fabulous building; the city, for its beauty, was called the "Athens of Abruzzi". 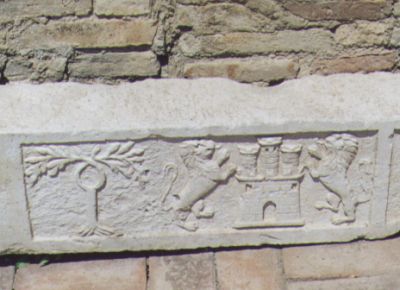 In 1566 the palace was set fire by Turks, led by the famed Pialy Pascià; only the outer walls of the building were not destroyed, but that same year, the D'Avalos started its restoration, calling Dominican Valerius De Santis to direct the works.

The rebuilding involved many changes: the courtyard became more regular with the addition of an arcade (today three of the four sides are closed), while on the eastern side a spacious terrace for the apartments of the marquises was added; in the main apartment, facing the sea, it was possible to admire, until a short while ago, the marvelous canopy of the Lords of Vasto. 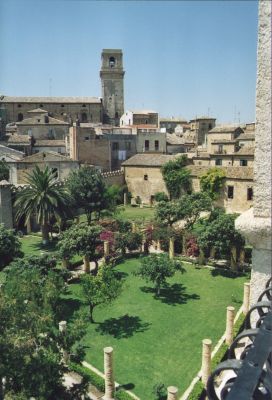 The sumptuous pallet witnessed, according to a popular legend, the exercise of the "jus noctis primae", by marquis Innico III, enjoying the favors of the attractive local brides: but deeper historical investigations have discredited this tradition. 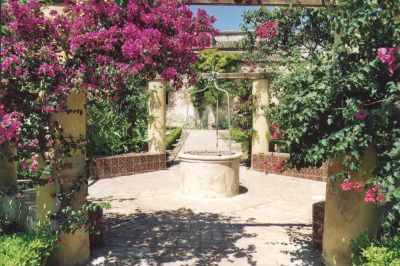 And it was actually highly improbable that the inhabitants of Vasto could have accepted such an abuse of power, since for two years, from 1497 to 1499, they had opposed the entrance of the D'Avalos as feudal lords, finally accepting them only after the intercession of Frederic king of Aragona. 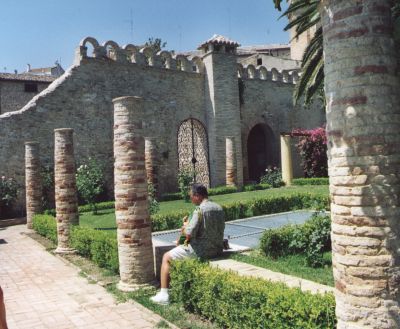 The visitor sitting on the wall, regulating his camera, is the deeply missed Albert Porreca Jr. of New Jersey.
The building was also the mansion of Vittoria Colonna, confidant and friend of the celebrated artist Michael Angelo. The fortune of the building was connected to the presence of the D'Avalos. With the death of the magnificent Cesare Michelangelo in 1729, his descendants preferred to take permanent residence in Naples with the court, and consequently the decadence of the palace became inevitable.

Currently the Palace is the center of the archaeological museum and of a Picture gallery. The archaeological section preserves female statues, heads of Aphrodite, Eros, Zeus and Silenus as well as many bronze statues, all represent the figure of Hercules. A section of the Pinacoteque is dedicated to contemporary painting and especially to 19th century art, including works of Filippo Palizzi, Francesco Paolo Michetti and Giulio Aristide Santoro, all artists from Abruzzo.
ItalyHeritage on Facebook