The itinerary, all comprised in a WWF area, is easy and can be made also by school groups and families, since there ard also frequent signs to show the direction to Taranta.
The itinerary is especially fascinating in the spring thanks to the rich blossoming of small carnations and cornflowers, typical of the Majella Mountain, as are also over 200 botanical species. Also the peaks are the home of Peregrine Falcons and wallcreepers, and the Abruzzo chamois are frequent visitors. The Cavallone Grottos, along the itinerary, are among the most beautiful in the region, and Gabriele D'Annunzio chose them as the setting for his play "La Figlia di Iorio".
Versione Italiana ➩
Starting place is the picnic area just outside Lama, below the church of Sant'Antonio. From there you take a path trough rocks and gravel terrain and follow the signs, rising up to the Rifugio and Fontanile di Tari, at 1540 meters above sea level, which you will reach after about two hours. 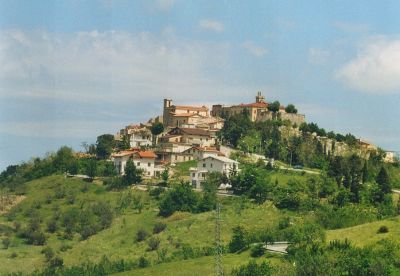 From this terrace a wide view of the valley of Taranta can be enjoyed, and the fountain supplies drinking water. The return itinerary proceeds through another route: you follow the path to the Refuge at 1610 m, then proceed through the Grotta del Cavallone, and from there descend to the valley. 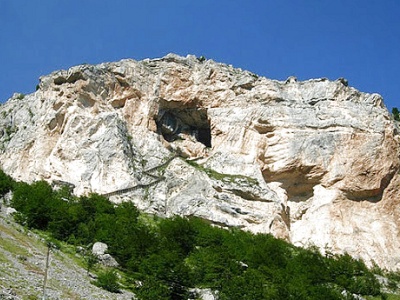 The celebrated Grotte del Cavallone open within the Taranta Valley and proceed in the territory of Lama dei Peligni. They are the longest known grottos in the Maiella group, spanning for total 1305 m. The first 500 meters will offer you an experience of absolute beauty, with their exhibition of stalactites and stalagmites. Presently the grottos can be visited for a part, and the entrance is reached by cableway from Taranta. 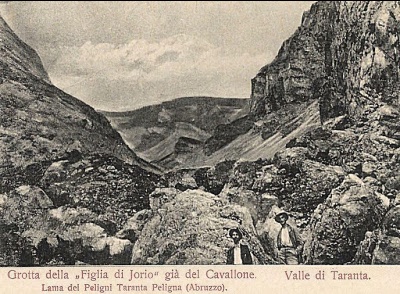 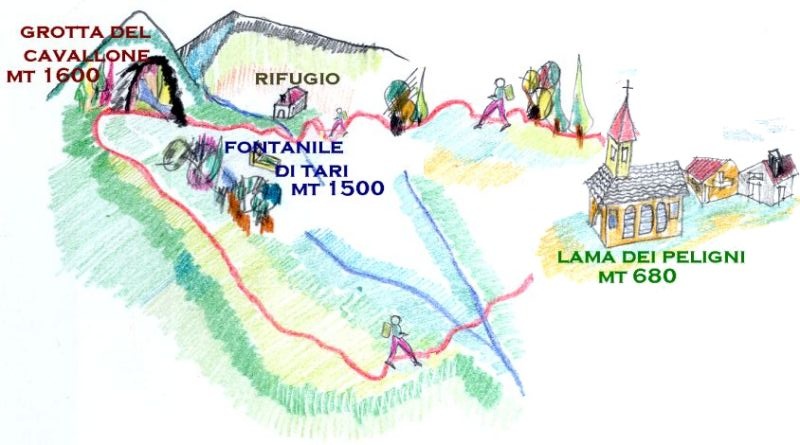