Among the most outstanding examples of architecture in Southern Italy, the Cathedral of Santa Maria Assunta is one of the favorite destinations of tourists in Abruzzo.
The basilica is the co-cathedral of the Teramo-Atri diocese and the cathedral of Atri, a millennial art city of Abruzzo a few kilometers from Pescara. It is one of the iconic monuments of Abruzzo and a national monument since 1899.

The building of the present Cathedral was started in 1264 on a previous IX-century church, and went on for decades. On the site there are traces of Roman baths, which can still be seen under the floor of the presbyterium. 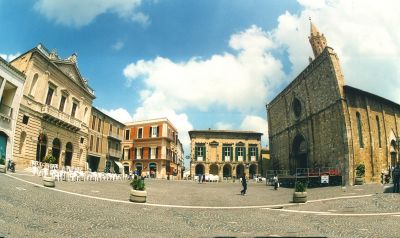 The rectangular facade is simple and utterly beautiful. The splendid portal, surmounted by an exquisite rose-window, is the work of Raimondo di Podio in 1305, there are three more portals on the right, two always by di Podio and the other by Rainaldo d'Atri of 1305. The church is surmounted by the imposing octagonal XV-century belltower by Antonio da Lodi; it contains eight bells, the most famous in Abruzzo. 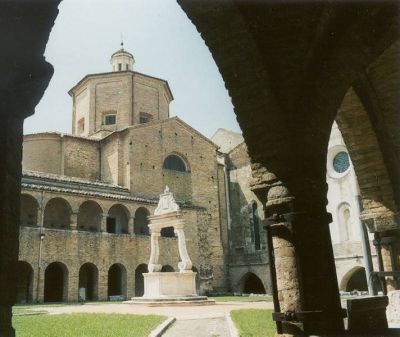 The cathedral was built on a pre-Roman Crypt. From the cloister it is possible to see a Roman cistern. Great works of art are also exhibited in the adjoining Museo Capitolare. 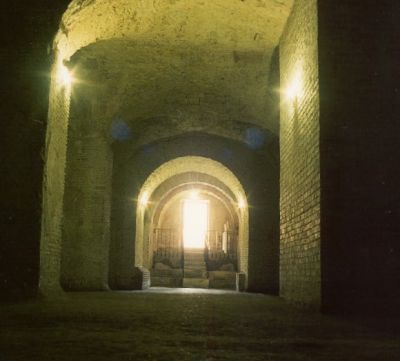 The interior is 56 meters long and 27 wide, is divided into three aisles supported by seven pillars on each side. The Cathedral harbors an astonishing wealth of precious works of art. Against the fourth pillar on the right there is a fine fresco of Virgin with Child, dated 1465, and on the fourth pillar on the left another Mother with Child. On the second pillar there is a very peculiar holy water basin supported by a woman in peasant's costume. In the Coro dei Canonici then there are the magnificent frescos by Andrea Delitio, the greatest Renaissance painter in Abruzzo, dated approximately 1460. The paintings cover this the secluded area completely.

The vault is also covered with frescoes and is divided into four architectural sections, each of them showing a main scene with one Gospel writer and a Father of the Church, and, in the lower corners, two theological virtues. On the walls there are the stories of the lives of Joachim, Anne and Maria. In the left aisle there are fine 14th-century frescoes and a majestic organs with 6000 canes, the biggest in Abruzzo. The Baptysterium is signed by Paolo de Garviis and dated 1506. Inside there is also the chapel of the Dukes of Acquaviva, ordered by Isabella Piccolomini in 1503. The floor before the presbyterium is partly in crystal tiles to show the ancient black and white mosaic floor from a Roman bath of the second century AD.