Among the protagonists of the Italian musical scene of the latter part of the 20th century, Lucio Dalla was born in Bologna on 4 march 1943, and passed away suddenly in Montreux, on 1st March 2012, three days before his 69th birthday.

He began his career as jazz musician, then an author of musics, a singer, and became later also lyricist and author. Among his many accomplishments, he played the clarinet, saxophone and keyboard.

Throughout his long career Lucio Dalla was constantly looking for new ideas and horizons, explored many different musical genres, from beat and musical experimentation, to the opera, collaborating with Italian and international artists. He was also an author known abroad and some of his songs were translated and brought to success in several languages. 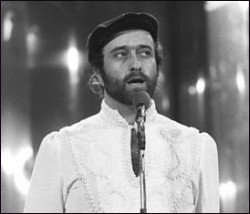 The songs, with a YouTube videoclip, have Italian text with parallel English translation.