This intense love song, a classic of the Neapolitan repertoire, was written in 1955 by Renato Carosone in collaboration with Enzo Bonagura. 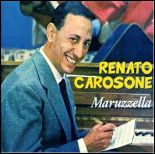 The title, an endearment of the name "Marisa", also means in Neapolitan dialect "small snail" or a "curly lock"; actually it was also the name of the singer's wife, Marisa.

The song appeared in the musical "Maruzzella”" directed by Luigi Capuano in 1956, in the Anna Magnani's interpretation in "Nella città l'inferno" (Caged) by Renato Castellani in 1959, and was included in the soundtrack of Martin Scorsese's "Mean Streets" in 1973.

Other songs by Renato Carosone