A great, complex character, loved and hated, actor, singer and entertainer, close to the American political powers of the 50s and 60s, the singer who recorded most songs in music history, and the most popular and beloved songs of his time in the Jazz and Pop American scenario. 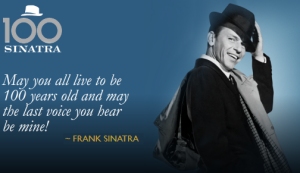 His inimitable swing and his voice pitch reached the climax of beauty and force, always at the same level of perfection in all registers, each piece sung and played at the same time, with all the nuances, each word perfectly understandable.

Frank Sinatra was known in Italy and around the world by nicknames as "Ol 'Blue Eyes" or "Frankie". A charismatic entertainer, he became a legend for his songs and his voice, and was a regular presence in the music world starting from the postwar period, thanks to an intense activity that lasted 63 years, from 1932 to 1995, when he gave his last live concert. With 150 million albums sold, more than 2,200 songs and over 60 albums of original songs published (excluding posthumous and collected), he is among the most musically productive artists in history, along with Chuck Berry, The Beatles, The Rolling Stones, Elvis Presley, Tom Jones, Madonna, Michael Jackson, Queen, Cliff Richard and U2.

Frank Sinatra was born on December 12, 1915, in Hoboken, New Jersey the only child of a Sicilian father Antonino Martino Sinatra and Ligurian mother, Natalina Garaventa. The father was born on 4 May 1894 from Francesco and Saglimini Rosa, in Lercara Friddi, a hamlet in the municipality of Palermo; Francesco Sinatra emigrated in 1900, followed in 1902 by the eldest sons, Isidoro and Salvatore, then in 1903 by wife Rosa (46 years old) with children Angela (7), Dorothy (4) and Antonio (9 years old), Frank's father. 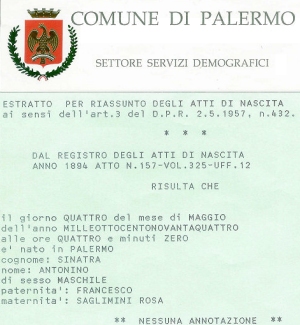 Frank's mother, Natalina Maria Vittoria Garaventa, known as Dolly, (1896-1977), was born in Val Fontanabuona, in the hamlet of Rossi Lumarzo, a village in the Italian Riviera, on 26 december 1896 of Garaventa Giovanni of late Antonio (36 at the time) and Rosa Casagrande of Lorenzo, and from there she emigrated with her parents to Hoboken, New Jersey. 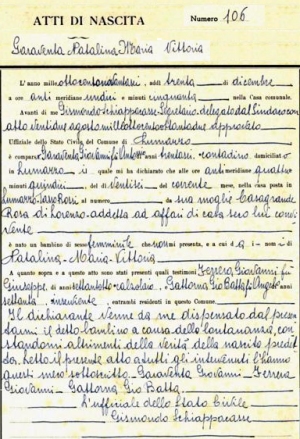 Antonino, also known as Anthony Martin, after engaging in various trades, including factory worker, shoemaker, and prize-fighting, asked for the hand of Dolly. Despite the opposition of her family (Marty was illiterate, and a Sicilian) the two were married on Valentine's Day 1914 in Jersey City, and went to live in Hoboken, where on December 12 of the following year Frank was born, their only child.

Antonino went with boxing, then opened a bar and became captain in the Hoboken Fire Department. Frank's mother ran a small shop and made odd jobs for families in the neighborhood and was influential in local Democratic Party circles. With his parents always at work, little Frank spent a lot of time with his grandmother and aunt, and at school became popular imitating comedians and movie stars.

In 1929 the Sinatras moved into an apartment with three bedrooms, not far from the Little Italy neighborhood. In 1930, at fifteen years of age, Frank made his debut as a singer at the AJ Demarest High School. He loved music much more than his studies, and the school expelled him because of his rowdy conduct. Frank spoke openly to his parents of his vocation to be a singer: his mother gave in and supported him, but his father was adamant, he wanted him to look for a real job, and possibly return to school. So Frank began working first in a bookshop, then as a port worker but his father, disappointed by his son's passion for singing, drove him out of home. During his childhood and teenage years music was Sinatra's main interest, he listened carefully to big band jazz, began singing for tips at the age of eight, and professionally in the 1930s, although he never learned how to read music and sang by ear.

Frank moved to New York in search of a steady job, but was forced to return to Hoboken shortly after. He began to perform as a "saloon singer", as he himself told during several concerts, in small clubs in New Jersey between 1931 and 1932, and was spotted by trumpeter Harry James. In 1935 he formed his first group, the Hoboken Four, with whom he won that year a contest for emerging talents organized by Radio Major Bowes' Amateur Hour. Since then, his career became unstoppable.

In his 7-decade long career Sinatra won two Academy Awards, a Jean Hersholt Humanitarian Award, two Golden Globes, twenty Grammy Awards, an Emmy Award, the Cecile B. DeMille Award, a Peabody, the Kennedy Center Honors (in 1983). In 1985 he received the Presidential Medal of Freedom (Presidential Medal of Freedom) and in 1997 the United States honored him with the Congressional Gold Medal (Congressional Gold Medal).

Natalina Garaventa died aged 81, on Jan. 7, 1977, in a mysterious plane crash in the mountains of Nevada, directed to Las Vegas to attend her son's concert at the Caesar Palace. Since 2008 her Italian village of origin, Lumarzo, had organized an event, "Hello, Frank!", a musical tribute from Ligurian artists and guests to Frank Sinatra, who was also a fan of the Genoa soccer team, a gourmet and testimonial of Genoese pesto in the US. On the 100th anniversary of Frank Sinatra's birth the Comune of Lumarzo dedicated the Townhall Council Room to Natalina Garaventa.