Considered a worthy successor of Giuseppe Verdi, Giacomo Puccini brought the opera to an unprecedented realism and pathos, exploring in great depth the psychology of his heroines through a musical language inextricably joined to the lyrics and images. 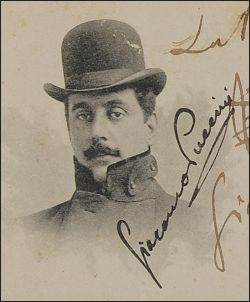 The Puccini family in Lucca was established as a musical dynasty by Puccini's great-great grandfather - also named Giacomo (1712-1781). This earlier Giacomo Puccini was Chapel Master of the Cathedral of San Martino in Lucca. He was succeeded in this position by his son, Antonio Puccini, and then by Antonio's son Domenico, and Dominic's son Michele. The first four names given to him at birth (Giacomo Antonio Domenico Michele) were the names of his ancestors, in chronological order from the great-great grandfather.

After his father died in 1864 when he was just six years old, Giacomo spent his youth between the family home in Lucca and the summer home of Celle; at the age of nine he entered the seminary and began to play the organ at the Cathedral of Lucca. At fourteen, James was able to start contributing to the household economy by playing the organ in various churches of Lucca. But he preferred the opera. Tradition has it that he decided to devote himself to the musical theater in 1876 after attending a performance of Verdi's Aida in Pisa, where he had gone on foot with two friends.

In the late 1880, after obtaining his diploma at the Istituto Musicale Pacini in Lucca, he continued his studies at the Milan Conservatory. The stay in Milan was an important period for the young Puccini, who came into contact with the world of music of the period and the Scapigliatura movement (a group of intellectuals who wanted to rebel against courtly art forms choosing freedom of inspiration and imagination).

He met Pietro Mascagni and they shared a room for a few months. In 1883 he finished his studies and obtained a diploma with the composition Capriccio Sinfonico, which already revealed his genius. On April 1 of the same year the magazine Il Teatro illustrato announced a competition among emerging artists for an unpublished work, and Puccini composed Le Villi.

But his opera did not win and was not even mentioned among the works worthy of consideration. However, it was performed on May 31, 1884 at the Teatro Dal Verme in Milan, thanks to a money collection of friends and investors. The success, both among the critics and audience, was enthusiastic. "The composer that Italy was waiting for..." wrote the Corriere della Sera and Marco Sala stated, "Puccini's opera is a precious little masterpiece from beginning to end."

This success enabled Puccini to sign his first contract with a major publisher, Giulio Ricordi. His second opera, I (La Scala, Milan, April 1889) did not achieve the success hoped for. However, Ricordi continued to have faith and supported Puccini for many years. After a half slip with Edgar, Puccini's third opera, Manon Lescaut (Turin, Teatro Regio, February 1893) was an extraordinary success, perhaps the most authentic in Puccini's career, and gave him fame and success. 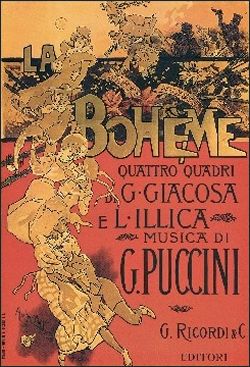 At 35 years old, the composer settled in Torre del Lago with his companion Elvira and her son Antonio. Here, on the shores of Lake Massaciuccoli, he wrote most of his operas: La Bohème (Turin, Teatro Regio, February 1896), Tosca (Rome, Teatro Costanzi, January 1900) and Madama Butterfly (Brescia, Teatro Grande, May 1904). 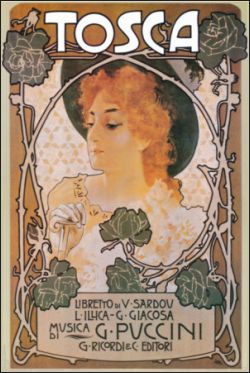 From that moment onwards, Puccini became famous all over the world and often travelled to attend the performances of his operas in Europe and America: The Girl of the West (New York, Metropolitan Opera House, December 1910), La Rondine (Monte Carlo, March 1917), The Triptych (New York, Metropolitan Opera House, December 1918), to the last great opera Turandot, written by Venetian playwright Carlo Gozzi. 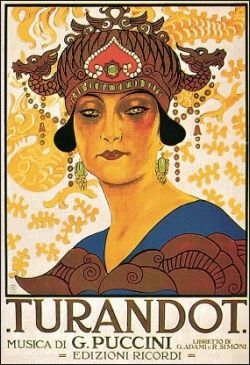 Although seriously ill, until the end Puccini worked on Turandot, which he left unfinished. He submitted to surgery for a larynx cancer in Brussels on November 24, and died a few days after November 29, 1924.

Antonio (1884-1946), the only son of Giacomo and Elvira Bonturi, had no children from his wife Rita Dell'Anna (1904-1979) whom he married in 1933. However, he had a natural daughter, Simonetta Giurumello, born in 1929, who was recognized and authorized by the Court to be called Simonetta Puccini: she was the only heir of the composer before the rise of a controversy of the descendants of Giulia Manfredi, who had a relation with Puccini.

Fosca Gemignani, married Leonardi (1880-1969), beloved step-daughter, was the mother of the famous fashion designer Biki (Elvira Leonardi married Bouyeure, 1909-1999). Biki derived her art name in honor of Puccini, who as a child called her Bicchi (from "birichina", naughty girl). Fosca, once widowed, married Mario Crespi (1879-1962), one of the co-owners of the Corriere della Sera. 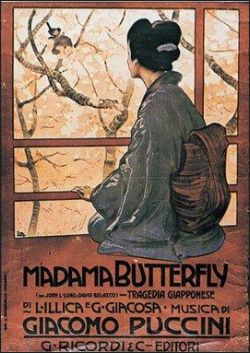 Puccini and the female world

There has been much discussion on the relationship between Puccini and the female universe, both with regard to the characters of his operas, and in relation to women he encountered in his life.

There has been a substantial reconsideration of the legendary image of Puccini as an unrepentant womanizer, a reputation that was fueled by biographical events and by his own definition of himself as "a great hunter of wild birds, opera librettos and beautiful women".

As a matter of fact, Puccini was not a classic philanderer: his temperament was friendly but shy and lonely, his hypersensitive nature led him to live with deep emotion his relationships with women. Moreover, he had been surrounded by the female sex as a child, raised by his mother and five sisters (not counting Macrina, who died very young) and one younger brother.

His first love was Elvira Bonturi (Lucca, June 13, 1860 - Milan, July 9, 1930), wife of a merchant from Lucca, Narciso Gemignani, from whom she had two children, Fosca and Renato. The elopement of James and Elvira in 1886 caused a big scandal in Lucca. The two lovers moved to Northern Italy taking Fosca with them, and had a son, Antonio (Monza, December 23, 1886 - Viareggio February 21, 1946). They were married only on February 3, 1904, after Gemignani's death.

A great crisis in their relation came in 1908, when Elvira became jealous of Doria Manfredi, a young servant from the village employed for several years by the Puccinis. She drove Doria from the house accusing her of being Puccini's mistress; the girl poisoned herself, and her parents had the body examined by a physician, who declared her a virgin. The Manfredis brought charges against Elvira for persecution and calumny, and Elvira was found guilty, but through negotiations only damages were paid. The composer however never probably forgave his wife, and from then on demanded absolute freedom and had love stories with other women. [See the episode in a documentary on Puccini's life].

Puccini and the automotive world

Few people know that Giacomo Puccini was responsible for the construction of the first Italian off-road. A motor enthusiast, he began his automotive career in 1901 by purchasing a 5 hp De Dion-Bouton that he had seen at the Milan Exhibition of that year; in 1903 he replaced it with a Clément-Bayard.

Driving those cars along the Via Aurelia, from his "refuge" in Torre del Lago he quickly reached Viareggio or Forte dei Marmi and Lucca. Perhaps too quickly, according to the district court in Livorno, which fined Puccini for exceeding the speed limit in December 1902. One night two months later, near Vignola on the outskirts of Lucca, along state road Sarzanese-Era, his Clement ended up off the road and overturned into a ditch. In the car were his wife and son and a mechanic, all unhurt, except for the musician who had a leg fractured. In 1905, he bought a Sizaire-Naudin, which was followed by an Isotta Fraschini type "AN 20/30 HP" and some FIAT cars, all good for trips with family and friends, but unsuitable for his beloved hunting sessions. For this reason, Puccini asked Vincenzo Lancia to make the car capable of moving also on difficult terrain. After a few months, he was delivered what may be considered the first "off-road" built in Italy, complete with a reinforced frame and clawed wheels. The price of the car was, for the time, astronomical: 35 000 lire. But Puccini was so happy that he bought also a "Trikappa" and a "Lambda".

In August 1922 with his Trikappa and a friend's FIAT 501, Puccini organized a very long car trip through Europe, reaching Cutigliano, Verona, Trento, Bolzano, Innsbruck, Munich, Ingolstadt, Nuremberg, Frankfurt, Bonn, Cologne, Amsterdam, The Hague, Constance and then returning to Italy. In 1923 , together with engineers Carlo Giannini and Pietro Remor, Puccini designed a motorcycle which was given the name of one of his operas. 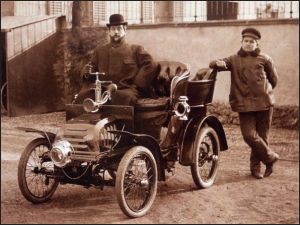 The Lambda he bought in the spring of 1924 was his last car, the one in which he made his final trip on November 4, 1924, to the railway station of Pisa and from there by train to Brussels, where he underwent a fatal throat surgery.

Puccini had a habit of repeatedly changing his opera scores. The list below mentions the first version.