Rosa Maria Segale (aka Sister Blandina Segale) was born in Cicagna, Liguria, on May 23, 1850 and passed away at 91 years of age in Cincinnati, on February 23, 1941. She is known as the Far West Sister, and during her work as a missionary she met, among others, Billy the Kid and Apache and Comanche chiefs. 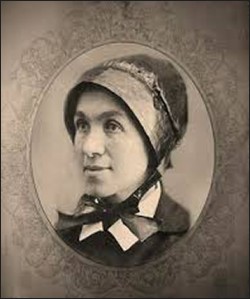 Her experiences east of the Rio Grande and south of the Sangre de Cristo Mountains (Santa Fe County, New Mexico) were told by herself in her diary "At the End of the Santa Fe Trail", originally published in 1932, a valuable addition to the story of women in the West, based on the letters she exchanged with her sister Giustina, a nun as well in Ohio, with whom she entertained a long epistolary relationship, which was published in Italy in the mid-nineties with the title "Una suora italiana nel West".

She left Italy in 1854, at age four with her family, boarding the "Silent" at Genoa. They left in six, but only five arrived in America: during the voyage a little brother died. The family settled in Cincinnati, where in 1868 she took her vows with the Sisters of Charity under the name Blandina in memory of Saint Blandina, martyred in 177 AD under Marcus Aurelius. She began to teach in schools at Steubenville and Dayton, until, at twenty-two years of age, she was sent as a missionary to Trinidad, Colorado, a frontier mining town.

Traveling alone along dusty trails by train and stagecoach in the unexplored lands of the far south-west, she arrived in Trinidad on December 9, 1872. Among her first battles, she fought against lynching, the rough justice practiced at the time in those places. She had contacts with the bandits who roamed the prairies that would soon be inhabited by settlers, and was always able establish a human contact even with criminals.

Once she learned that a member of the Billy the Kid's gang was seriously wounded, and left alone to die in a shack: Blandina went to him and leaning over the wounded man said harshly: "I see that with your hard head they won't be able to kill you even with a blow at the head", and then began treating him and saved his life. Later the bandit said that if she had spoken of repentance or offered prayers he would have sent her to hell, instead she saved his life.

In December 1873 Blandina was ordered by her Mother Superior to move to Santa Fe. There, despite the scarcity of resources, she built schools and orphanages, continuing to visit the mines in the area and the construction sites of the railway. Raised funds for the construction of the St. Vincent Hospital and for the care of the indigent. He visited and took care of Billy the Kid and other prisoners imprisoned in New Mexico.

In 1882 she was entrusted with the reconstruction of the destroyed monastery in Albuquerque. In vain she tried to build a hospital in that location, and was recalled in 1889 to Trinidad, where her right to teach in the local school was questioned, since she wore a nun's dress. She proudly defended her right according to the Constitution to teach while wearing her religious habit, but, the ostracism prevailed and Blandina had to return back to Albuquerque where, in 1901, she completed the construction of the St. Joseph Hospital. In her elderly years she returned to Cincinnati, and worked until her death among the Italian immigrant community.

Sister Blandina fought incessantly against the injustices committed against the Native Americans, of whom she was a champion of civil rights and in support of whom he wrote : "Poor wild hearts, how they feel full of anger and treated unfairly..."

In her letters about Billy the Kid she wrote "He had blue -gray eyes, a rosy complexion, and the air of a little boy... he could choose the right path and instead he chose the wrong" and when she learned of his death, said: "Poor Billy the Kid, thus ends the career of a young man who started down the slope at the age of twelve to avenge an insult that had been done to his mother..."

In her later years, she founded an assistance center for Italian immigrants, in Cincinnati, Ohio, the first in the States. 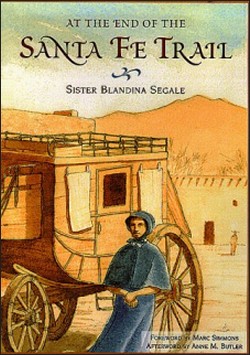