Before 1809 all records of baptisms, marriages and deaths were held by parish priests. The Civil Records were established by Joachim Murat in application of the Napoleonic code, with decrees of 22 and 29 October 1808. Since 1809 therefore, in the areas of southern Italy under Murat's rule, Civil Records were to be kept by each municipality.
In the last few years a magnificent project of the Italian State Archives has started to make these records available online, you can check what provinces are available on the Antenati Portal. 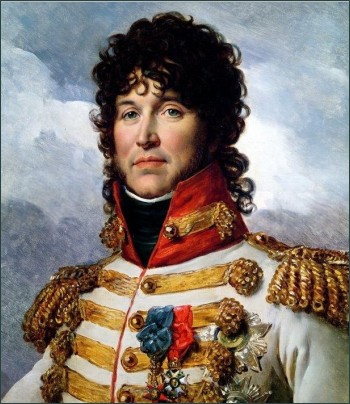 Murat, born in Labastide-Fortunière on March 25, 1767, was a French general, Admiral of the Empire and King of Naples from 1808 to 1815 under Napoleon Bonaparte, whose younger sister Caroline he had married becoming Napoleon's brother-in-law. After Napoleon's defeat, he continued to fight against the Austrians, was captured and executed on the spot at Pizzo Calabro on October 13, 1815.

After the Restoration of the monarchy, in May 1815 King Ferdinand I Bourbon decided to keep the Civil Records system and ordered that the Registrar was to write down the dates of baptism and of the religious marriage on the civil acts of birth and marriage upon presentation of certificates issued by the parish priest.

The Unification of Italy

After 1861, when Italy was united following the Second War of Independence, the keeping of Civil records was gradually extended from the Kingdom of Naples to the rest of the country. This means that in the former Church State and in central and northern Italy before 1861 (or 1871 in the church state) the only vital records were those kept by the parishes.

The Books of Civil Records

The books of Civil records were kept in two copies, one of which remained in the Municipality, while the other was handed over to the Province Court, which after 75 years could usually deliver the books of records to the State Archives of the Province, where they become available to researchers. The copy that remained in the municipality, and is still there unless destroyed by wars or weather events, might be slightly different, since it was customary to report on the birth acts an annotatation of marriage and death. The Civil records can include the following registers:

The copy of the Nati that remained in the municipality, and is still there unless destroyed by wars, weather or other events, might be slightly different, since it was customary to report on the birth acts an annotation of marriage and death.

The Promise of Marriage

Since 1809 therefore the new procedure of marriage had been consolidated in Italy. A few weeks before the religious marriage the two spouses appeared before the Mayor or the Second Elected for the "Promessa di Matrimonio", commonly called giuramento (= oath), before which there were two Pubblicazioni (=banns), in the municipality (or municipalities) of the spouses.

The Giuramento requires the presence of all the parents, in case of a parent's death, the bride's or bridegroom's grandfather was to assist the spouses. The birth certificates of the spouses and any death certificates of the parents and grandfathers had to be produced, which together with the Pubblicazioni, the certificates of non-opposition and the declaration of the parish priest of the celebration, came to form the so-called Processetto. In early-19th century marriages, in case one of the spouses was an orphan and also grandparents had died, a Consiglio di Famiglia would be summoned, where a number of immediate relations (uncles, cousins) would declare about the pedigree of the orphan.

This quite complicated procedure involved in the Promise of Marriage was actually intended to take the place of the religious licenza di matrimonio, where the priest allowed marriage only if the spouses were not related. Up to the third degree, it was necessary to obtain a licence from the central bishopric. The reason for this came from the millennial genetic awareness that marriages between relations would more likely than in other marriages produce offspring that might carry diseases or impairments.

The 1881 book was a manuscript that was usually left in the comune, and some of these books are still extant, though not freely available for research. An example can be seen in the online archive of the city of Ascoli Piceno. The Stato di Popolazione in the townhall was usually updated with information on marriages, death, change of family (after marriage) or change of residence (often with the new destination).

Any information from these family pages might be communicated from the Ufficiale di Anagrafe only to direct descendants, and no copies are usually allowed, though some municipalities have established libraries and archives where the 1881 book is preserved and can be examined.

As regards the more recent 1930 census, it was in the form of individual alphabetic cards, a kind of paper database, where all details of a person were added. These cards are called in some places the cancellati, if regarding individuals that deceased or left the place. Of course, there is no legal right to research in these recent records; an official request might be produced to the mayor of the place, stating the reason for the information required, but the office is not obliged to release anything.